We humans do a strange thing. We take a momentous or apocalyptic event and then, over time, our flawed brains massage that event and eventually make it “inevitable.” Of course Edison invented the light bulb—he’s Edison, what the hell else is he going to do? Of course we defeated the Nazis. Obviously the Twix Bar has to be divided into two distinct bricks of chocolate-encrusted wafer. But a real revolution is shocking and discomfiting. It blows out your gyroscope and you lose your bearings. Only later on, when our primitive minds have had time to stew, does it all start to feel like the gentle, magical hand of Fate.

Which brings me to Dave. David Cornelius Letterman was a comedic revolution (Not his middle name—just go with it). Dave is leaving us now, so many kind things will be said and there will be no end of well-intentioned clichés. But before Dave departs, we need to really understand what it is he did. And what he did, almost 35 years ago, was stunning.

There is so much comedy in America at this moment that it is impossible to describe the early ’80s without sounding like a bilious old coot who survived the Depression, angrily shouting about that time he ate a leather boot in a rail yard. Today, the combined juggernauts of cable and YouTube have given us much more ‘innovative’ and ‘edgy’ comedy than we can possibly consume in a lifetime. I wrote recently that soon Americans will starve to death because our farmers will leave their crops to join improv troupes, and I’m not completely certain I was kidding.

But in 1980 the comedy world was a very different place. Yes, we hadSaturday Night Live, but the original cast had departed and, strange as it sounds now, I felt as if that show had spent its explosive force. My early teen hero Steve Martin was done performing electrifying stand-up and was making movies—still hilarious but now an established show business franchise. Johnny Carson was only two thirds through his reign and at the time it felt as if he would always be with us—charming, poised, and stylish. Johnny was comforting and enduring—the guy you watched with your father.

And then it happened. It was a sunny morning during my senior year in high school. I was late for a 10 a.m. class, and I ran out the door of my parents’ home in Brookline, Massachusetts to jog the quarter mile to Brookline High. Just before the screen door slammed behind me, my sister Kate shouted from inside the house for me to come back. I dashed back inside and into the den, where Kate was sitting on the couch. “You have to see this guy,” Kate said, gesturing to the garish, wood paneled Zenith television from that era that looked more like a casket than a TV. I looked at the screen and immediately everything was wrong.

The guy didn’t look right. His hair resembled an ill-fitting vintage leather motorcycle helmet. His front teeth had a massive gap that looked almost painted-on as a joke. He was wearing the requisite broadcaster’s tie, but khaki pants and Adidas sneakers. His set looked wrong, as if he had thrown it together minutes before the show—strange photos of dogs decorated the wall behind him. And then there was his manner. His smile was not ingratiating, but mischievous and ever so slightly malevolent. He was not comfortable in his own skin at a time when everyone on television, by definition, was comfortable in their own skin. And on top of it all, he was doing a comedy show in the morning. What the hell? Who does a comedy show in the morning? What’s wrong with this guy? Who let this happen?

Like every comedian of my era, I watched Dave’s subversive, untamed morning show with delightful incredulity. The show didn’t last long, but quickly morphed into his late night program—and then Dave was really off to the races. Throughout college, everyone my age watched Dave and discussed his show the next day. The late night talk show had existed at that point for 30 years in more or less one form, but Dave and his writers completely re-invented the format.

Dave’s show was that rare phenomenon: a big, fat show business hit that seemingly despised show business. Dave didn’t belong, and he had no interest in belonging. He amused himself, skewered clueless celebrity guests, and did strange, ironic comedic bits that no one had seen on television before. Everything about that show was surreal and off-kilter. Where late night television had once provided comfort, this man reveled in awkwardness. Cher called him an asshole. Andy Kaufman ran screaming from the set. Chris Elliot lived under the stairs. Throughout one episode the entire show rotated a complete 360 degrees, for no reason whatsoever. By 1985, when I graduated from college and was ready to try my hand as a comedy writer, Late Night with David Letterman had been the Holy Grail for several miraculous years.

With time came those insipid Late Night wars and the ensuing media obsession over ratings and guests. Personally, I never cared about any of it. I never saw late night comedy as a cockfight—someone makes me laugh or they don’t, and whoever won Tuesday night is irrelevant. Similarly, when Dave became tabloid fodder because of his personal life, the whole story felt pointless and dreary.

So let’s keep it simple: Not one single writer/performer in the last 35 years has had Dave’s seismic impact on comedy. Every day, I read that a new comic has ‘changed the game,’ and admittedly there is an absurd abundance of talent and creativity out there right now. But in today’s’ world of 30 late night programs, it’s tempting now to take Dave for granted. Do not. Dave was a true revolution—and I believe his innovations are up there with the light bulb and the Twix bar. Like all revolutions, it was such a seismic shift that it was disorienting and a bit messy at first, and it has taken us time to realize the sheer magnitude of the shift.

And so, as Dave departs, I can’t help but remember that strange vision on my television way back in 1980. Immediately, everything was wrong, wrong in every way—and because it was so wrong the world since has been a better place. So before the man leaves, I’d like to say, from all of us: Thank you, David Waldingfield Letterman. 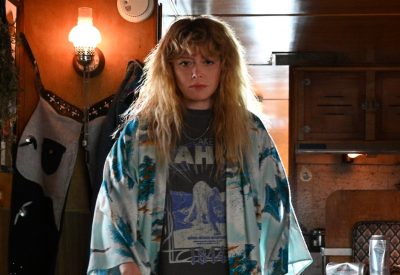 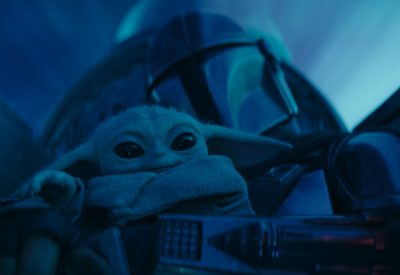 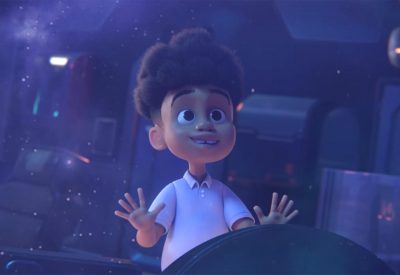